NEW YORK, NY / ACCESSWIRE / April 3, 2020 / Mike Fisher, one of the cofounders of Valiant Consultants, has known for over 15 years that he wanted to be an entrepreneur, but it was never about the money. He had a cushy lifestyle growing up, but he sought something more, more than what money had to offer. He fell in love with entrepreneurship because of his aunt, who was also an entrepreneur whom he saw all throughout his childhood. Then he fell in love with marketing because of his grandfather, who held a very high marketing position in an oil company. 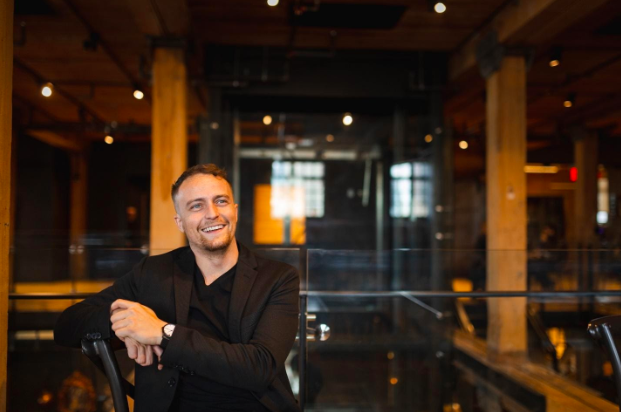 Combining his passion for entrepreneurship and marketing, Mike started his first business at 15 years old by buying and selling cell phones on Kijiji (a website similar to Craigslist). It involved thinking like an entrepreneur to negotiate cell phone purchase prices to make sure it was profitable when they were sold. It also involved listing eye-catching ads to make sure the listing stood out. While others worked hard at jobs throughout high school, Mike Fisher focused more on doing whatever he wanted because of this little phone business. This is when his passion for entrepreneurship fully bloomed.

Fast forward to a few years; Mike started many businesses that would either fail or that he would lose interest in and ultimately decide to shut down. Then about three years ago, he started a marketing company with Justin Preer, and they grew it to 7 figures per year. He got back into what he loved, which was marketing and entrepreneurship combined. However, the struggle in that situation was that he rarely had much creative control as they were doing marketing on behalf of other businesses instead of their own. And in turn, it made him feel that he had built himself a job instead of freedom to express and impart his marketing experience.

Valiant Consultants is the brainchild of Mike Fisher, Steven Mayer, and Justin Preer. Steven had a coaching program for Amazon, and he just wasn’t feeling like everybody was as successful as they could be due to external factors in their own lives.

They decided that instead of constantly teaching people what Steven knew, they would scale his team and offer a DIY solution to people instead. Fast-forward to today; Valiant Consultants have over 600 clients with a combined total of 8 figures in client store sales.

Mike Fisher’s family and close friends have been a huge help and support system over the years. Most parents don’t encourage their children to take the entrepreneur path, but he was lucky enough to have an amazing support system to always pick him up when he was down or help him when he was struggling.

To give back to the community, Mike has expressed his desire to mentor kids and young adults on entrepreneurship. He wants to foster a community where they can all come and feel safe. A similar support system that he had growing up, he feels that it would be essential in helping them achieve their dreams.

While some entrepreneurs get into the business industry like a fish out of water, the valiant Mike Fisher has made his home in the industry, and he’s totally in his element. For more information email mike@ValiantConsultants.co.